Yes, fleas can live at higher elevations in Colorado. It is possible that you have moved from another part of the United States and noticed that we do not have that many fleas compared to portions of the eastern or southern US.   Can fleas live at higher elevations in Colorado? One might assume that this is because Colorado is higher in elevation.  Although it is true that we are much higher in elevation with Denver being a mile high (5,280’ above sea level), this has little to do with the fewer number of fleas.  Fleas are found in Colorado but not in the same numbers found in other parts of the country.  The decrease in abundance is not from elevation but rather from a lack of humidity.  We do not see the same number of fleas here in Colorado because of how dry the climate is.

Fleas can be found in abundance here in Colorado, but it is typically near a den or burrow where the flea is living on its host animal.  Fleas can be found on dogs, cats, rabbits, squirrels, foxes, skunks, badgers, coyotes and even birds.  When it comes to pest control, 99% of the reported flea cases come from other animals (besides a household pet) den outside the home.  In those cases, the likely culprit is a fox, rabbit or skunk.  The fleas in these cases can be easily solved by getting the animals trapped out of their dens and then dusting the dens with an insecticidal dust to kill off the fleas.

The worst flea job that I have encountered was in a crawlspace that had a water leak.  It was very muddy and there was an abundance of humidity and feral cats had been living down there for years.  We were asked to trap the cats, seal off the voids in the crawlspace and then treat for the fleas.  The most difficult part was trapping all the feral cats.  Once we got the voids sealed and the water issue was solved, the flea problem almost took care of itself, which is common in Colorado with its dry climate.

How Many Species of Fleas Live in Colorado?

It is surprising that Colorado is home to 80 different species of fleas and is among the greatest of any state, despite the inhospitable climate.  The most common flea that bites humans is the human flea.  This flea, like I mentioned above, is commonly found on wild vertebrate hosts like skunks, coyotes and foxes.  The second most common type of flea is the cat flea, and it is most found on cats and dogs.  In some cases, pets are brought from other parts of the country where fleas are more common, and they can infest a home quickly.  Fleas can bite humans and therefore pose a human health risk.

The rock squirrel flea is associated with squirrels, prairie dogs and other wild rodents and is the primary species associated with the transmission of plague.  This year there were two reported cases in Colorado (2020) and both incidents involved sick animals (squirrel and cat).  These were the first reported cases since 2015.  In the past 10 years there have been 14 human cases of human plague in Colorado.

If fleas are a problem for your household, contact us so we can help. 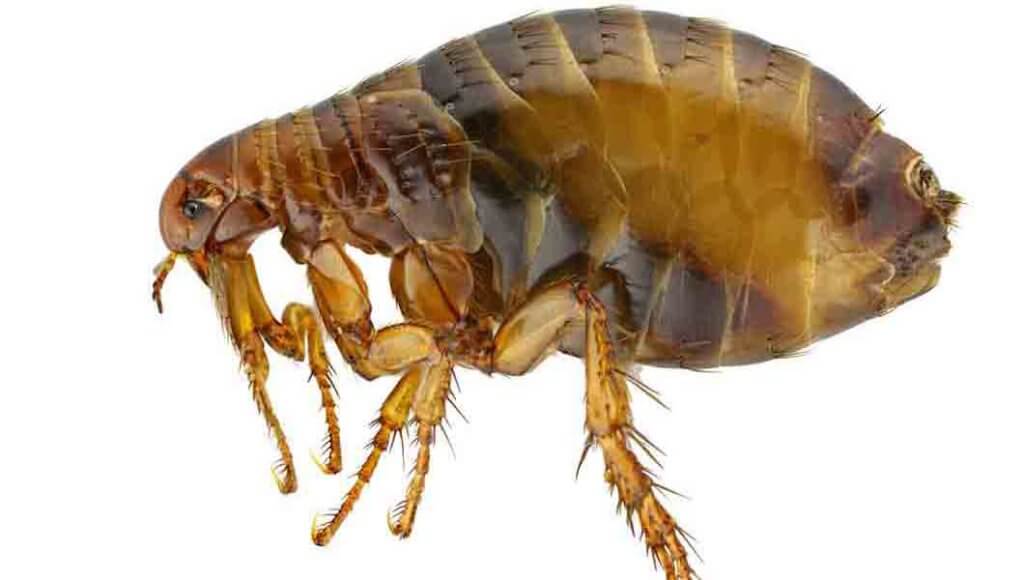