Did you know that the cold weather does NOT drive spiders indoors? There are two kinds of spiders, indoors and outdoors, and they have never really left their respective “homes.” If you have recently noticed more spiders in your home than normal, it likely prompted your search for Broomfield Pest Control Near Me. Call Northern Colorado Pest & Wildlife Control today: (303) 746-9556.

Search “Broomfield Pest Control Near Me”  for your spider control

This is a common myth. We might want to think Colorado’s colder days are prompting the scary creatures into our safe nests. But they are really indoor spiders looking for a mate. According to the Burke Museum in Seattle, Wash., “The females and young remain hidden … in crawl spaces, storage areas and other neglected rooms … Generally fewer than 5 percent of the spiders you see indoors have ever been outdoors.”

Since spiders are cold-blooded, they adapt to their environments. So there is no need to worry. Wondering, “Where do spiders go in the winter time” should be your last concern. Likewise, you also do not need to ask, “What do spiders eat in the winter?” They won’t be eating you.

But now your spider issues have doubled. House spiders often can be surprising and scary. But the webs the outdoor spiders create are starting to draw comments from the neighbors. While spiders spend their time hunting insects and pose little threat to humans, they can be a nuisance.

Northern Colorado Pest & Wildlife Control can handle any spiders you have with a variety of strategies. Our spider control services come with a 60-day interior warranty.  You also may be interested in a monthly treatment package, or sign up for a custom program, which includes four services throughout the year, from April to October. 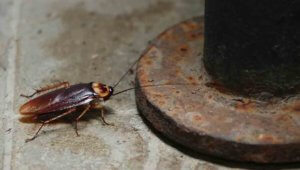